All of the environmental factors – geography, topography, soil and climate – that affect the characteristics of an agricultural product are collectively known as terroir.  Wine snobbery has created a sense of pretentiousness around terroir but there is, unfortunately, no alternative term and terroir plays a fundamental role in determining a tea’s character, as it is for many other agriculture products such as coffee, chocolate and tobacco.

Tea has proved to be a versatile and adaptable plant that will grow in a variety of conditions although it is arguably best suited to those that match its native habitat.  Camellia sinensis is a subtropical plant; the subtropics are considered to lie between the tropics (23 degrees) and approximately 40 degrees from the equator.  Within these latitudes tea requires a humid subtropical climate where rainfall concentrated in the warmer months rather than dry summer months associated with a Mediterranean climate.  Subtropical climates can also be found within the tropics at higher altitudes.

Tea will grow in temperatures above 13C with the ideal range for photosynthesis between 16C and 28C.  It prefers small fluctuations in daily temperature and can withstand a frost but not a prolonged or heavy freezing. Typical rainfall in tea growing areas should be 1500 mm – 2500 mm (59 – 98 inches) but can be much higher.  Heavier rains will promote quicker growth and affect the chemical content of the leaf.  Teas from the dryer months tend to the most sought after for optimum flavour.

Tea can be grown at altitudes from sea-level to 2,500 metres (8,200 feet).  A rule of thumb classifies 0 – 600 metres as low grown, 600 – 1100 metres as mid grown and 1100 – 2500 metres as high grown.  Tea plants need sunlight but not too much direct sun; at lower altitudes shade trees are often planted to create shade and in some places plants are kept shaded in the weeks before harvest to increase the levels of chlorophyll in the leaf.  In higher altitudes with cooler temperatures and frequent mists the need to shade is less urgent.

Tea plants do not require dormancy during parts of the year but there appears to be a strong correlation with plants that are dormant during the dryer months and the highest quality of teas produced.  Dormancy is triggered by lower temperatures (below 13C) and shorter day length (less than 11.25 hours) and generally occurs at circa 18 degrees from the equator.

Tea favours a fertile, well drained and slightly acidic soil.  Roots are intolerant of waterlogged soil which is why tea is often found growing on sloping hillsides or when it is not large trenches are dug between rows.   Some of the most sought after (and expensive) teas in the world are grown in mineral rich rocky soils which results in lower yields but unique flavours.

As with all things meteorological there are uncertainties and micro-climates that defy the rules and the presence of mountain ranges can create a rain shadow (such as that found in Sri Lanka) or large bodies of water can create high humidity where it might not otherwise exist and generate a modifying effect that allows tea to be grown successfully; a great example of this is the coastal Rize Province in Turkey.

Tea is now grown in over 40 countries around the world with an annual production of over 5 million metric tonnes.  The largest tea producing countries in terms of volume are China, India, Kenya, Sri Lanka, Vietnam, Turkey and Indonesia.  The last three are difficult to separate and often vary according to whose statistics are being used.  Taiwan production is usually included with China for the purposes of published data but would not feature in the top ten on its own with its focus on quality rather than quantity.  Likewise, Japan is famous for quality tea production but falls someway behind on quantity.

The above charts are based on the latest information published (2014) by the Food and Agriculture Organization (FAO) of the United Nations.  China and India continue to dominate producing 2,100 and 1,210 metric tonnes respectively.  More up to date information is available from other sources but is not as comprehensive as the FAO data.

Although volume production is generally confined to parts of Asia, Africa and South America small specialist farms are appearing all over the world with some notable developments reported in places such as the USA, New Zealand, Germany and the United Kingdom.

In Vietnam tea was originally native to the northernmost areas that form the border with China but is now grown in over half of the countries provinces.  The Northwest and Northeast of the country have the greatest concentration of tea cultivation although there is also significant production in parts of the Central Highlands (which is also the home for much of Vietnam’s coffee production.)

Areas of wild tea trees can still be found in Dien Bien, Son La, Lai Chau, Lao Cai, Yen Bai and Ha Giang provinces while the heart of commercial tea production is in Thai Nguyen province, just north of Hanoi.  The prize for most productive province, however, goes to Lam Dong in the Central Highlands where the area around Bao Loc is particularly notable.

Hatvala is a wholly Vietnam based company located in Ho Chi Minh City that has been in the business of direct sourcing specialty teas since 2011. Our mission is to discover character teas that are produced responsibly and fairly with regard to the environment and the people involved. 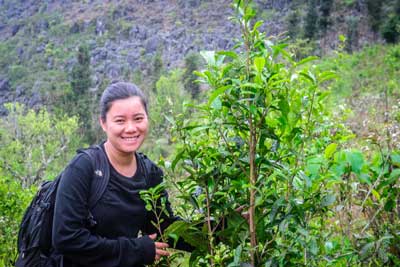 Our sourcing is an ongoing undertaking that involves traveling and meeting with tea makers across the country on a regular basis. Not only do we source teas but we work with our partners to both improve quality of existing products and to develop new ones. Several of our best-selling teas are the results of such collaboration. Being based in country we are able to explore the most remote locations without any pressure to pick new teas if they do not meet our rigid selection criteria – a luxury that is often not open to overseas buyers on a tight schedule.

Although it was not planned when we started our business to unearth the best of Vietnamese tea the profile of our teas is that most are the result of small batch production and many are produced from the leaves of wild tea trees. There are some notable exceptions and our selection criteria continues to focus on the character of the tea, how it is produced and how well we feel we can work with the tea maker in a relationship of mutual trust and co-operation. Each factor is equally important in ensuring that we are able to deliver a consistent, ethical, high quality and dependable product to our customers around the world.

How We Can Help? 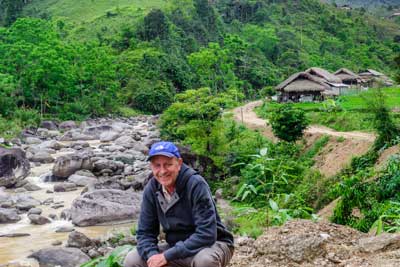 We feel that our major value added as your trusted supplier of Vietnam teas are:

As well as our retail business we can also offer wholesale terms and already supply teas to overseas online retailers and tea shops. We also supply within Vietnam to a number of hotels, restaurants and cafes. If you are interested in wholesale opportunities please send us message through the contact form.